Oncologists have repeatedly expressed fears that mistletoe therapy could accelerate the degradation of cytostatic drugs and thus impair the efficiency of chemotherapy. However, several studies have shown that this phenomenon does not apply to mistletoe therapy. It does not impair the effect of chemotherapy, but rather makes it more tolerable and can thus support and augment its effect.

Preclinical research has demonstrated that mistletoe extraxts and their constituents can protect the cell’s genetic material (DNA) from being damaged by toxins. However, this process of DNA stabilisation has only been shown for healthy white blood cells (lymphocytes) and was not observed in cancer cell lines. Mistletoe therefore probably stabilizes healthy cells and protects them from the effects of chemotherapy, while the already unstable cancer cells remain vulnerable.

Mistletoe therapy also has no negative effect on other cancer therapies. This applies to antihormonal substances, which are mainly used in breast cancer (e.g., tamoxifen, anastrozole) as well as to some  antibody therapies (e.g., trastuzumab, pertuzumab) . But also for immunocheckpoint inhibitors first pilot study results indicate no negative effect. Regarding the latter topic, a current larger-scale prospective study is being conducted of which first intermediate results from autumn 2019 pointed to the same direction.

Mistletoe therapy can also be well combined with radiotherapy. It is only important to ensure that the mistletoe injection is not carried out in or near the irradiation field in order to avoid excessive inflammation of the skin. 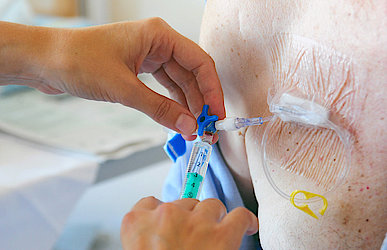 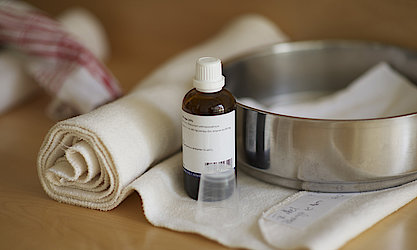 Many complementary therapies have been well-established, especially in oncological aftercare, especially compresses and pads to convey warmth or to calm inflamed skin areas. In radiotherapy, for example, the skin reacts particularly sensitively, and then compresses with soothing substances such as calendula extracts are useful.

During concomitant chemotherapy with subcutaneous mistletoe therapy (injections under the skin),body temperature should generally not rise above 38 °C, because fever during chemotherapy is always seen as an alarm sign indicating a decline of the immune response and the onset of potentially dangerous infections. It is hardly possible to distinguish whether the fever is occurring as a result of mistletoe therapy and is harmless, or whether it is indicating the presence of an infection. Exceptions to this rule should only be made in individual cases and in close consultation with the treating oncologist.