Mistletoe therapy is generally well tolerated. Undesirable effects occur only rarely. The most frequent phenomenon is a reddening of the skin at the injection site. However, this is not an undesirable side effect, but an almost desirable one, because it indicates taht the immune system reacts to the mistletoe extract. This is exactly what should be reached.

This redness or erythema is therefore harmless up to a diameter of 5 cm and will usually subside on its own. It also serves as an orientation for dosing the mistletoe extract.

If the area reddens more and simultaneously hardens, the dosage of mistletoe extract may be too high. If the body temperature rises above 38 °C on the day of injection or if there occur signs of exhaustion, shivering, a general feeling of illness, headaches or short-term dizziness, the dosage is effective but probably too high. If the dosage is reduced, these symptoms usually disappear again quickly. 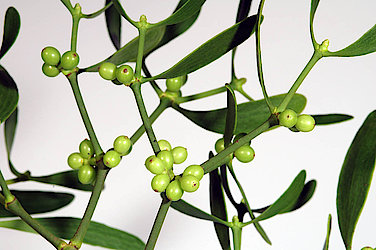 Allergies to mistletoe extracts are rare. However, it is possible that they may occur. Therefore, the first injections should be carried out under medical supervision. For intravenous mistletoe therapy as infusions, this is always necessary. 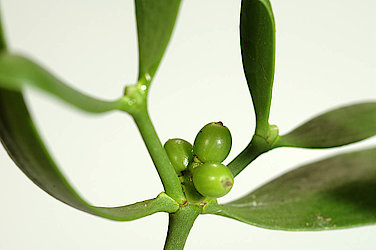 The lymph nodes in the area of the injection site may swell slightly. This is also not an undesirable reaction, but only shows that the immune system is activated. The lymph nodes serve as storage for numerous immune cells. 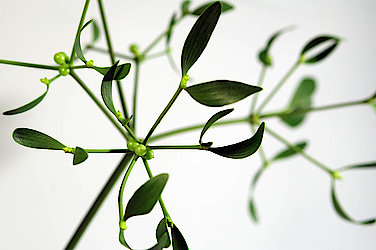 If you are very sensitive to mistletoe extracts, it may be advisable to start with a preparation in a in avery low dosage and increase the dose very slowly until the desired reactions occur.

Temperatures up to 38 °C are also not undesirable but almost desirable effects, indicating that the body is regaining its ability to regulate body temperature.

In anthroposophical mistletoe therapy, all these reactions are considered in determining the optimum dose and preparation for each individual case. It is therefore possible that the doctor will use several preparations until the right one has been found.